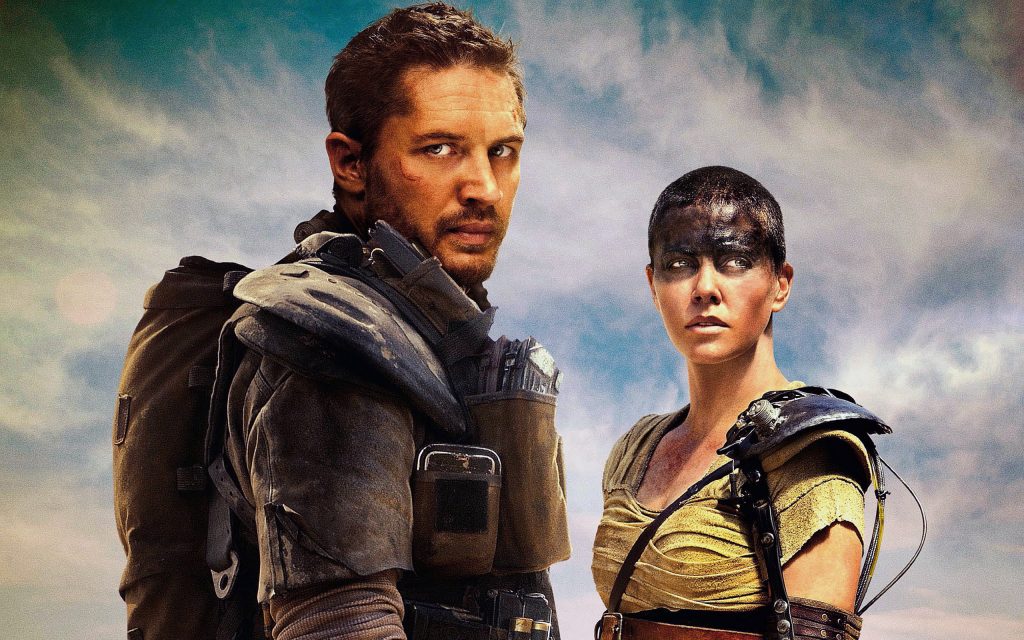 When I wrote this review 3 years ago I had no idea how many people hate this movie and they are preferring Mad Max 3 over this film. Claming Mad Max Beyond Thunderdome the third film is better film than this, really? Better than this? Listen folks it has no Mel Gibson so what?

So what’s your point? Gibson dropped out this film and he wasn’t interested, it was in development for years, since in 2004 this movie was announced. George Miller did something different with this film and he got hate for it. I hate Mad Max Beyond Thunderdome to death! It is rated PG-13 family film and I wanted an action bloody rated R film not a boring stupid lame fu**** movie! I got an rated R bloody action film that I wanted in Mad Max: Fury Road. I was entertained and I enjoy it.

At least it wasn’t so sick like was Beyond Thunderdome. Mad Max: Fury Road is my second favorite film in the franchise and this movie did it right and it correct that third film that it failed been an good action film. Like it or hate it, is your problem but in my opinion it is a good action violent movie and I love it to death I am an action junkie myself. Mad Max 2: The Road Warrior is my number 1 favorite film of all time.

I think Mad Max: Fury Road is George Miller’s masterpiece. Finally, Finally after 30.years of fiasco Mad Max Beyond Thunderdome that completely destroyed the Mad Max Trilogy, George Miller finally come back and fix the mistake he did 30.years ago. Why wouldn’t I love this film? This film is the best one in the series along side Mad Max 2: The Road Warrior at least for me it is the best film. It has action, high explosive and Tom Hardy been a real Mad Max unlike Mel Gibson was in Thunderdome. I am happy they made the 4th movie. Tom Hardy was a bad ass Mad Max. I didn’t even noticed that we don’t have Mel Gibson in here. Tom Hardy breaths life into Max Rockatansky and Charlize Theron is excellent and emotionally perfect as Furiosa. I love high speed and pursuit on a road which I seriously love this. The thing was more similar to Mad Max 2: The Road Warrior but much better, George Miller fix it, the film did not copy The Road Warrior the film has it is own story. All, the stunts and action sequences are SPECTACULAR. Immortan Joe was a fantastic villain in here he was really good. The film shows a real wasteland and the future which I am really happy about it.

NOTE: “Don’t waste your time if you have seen the original.” from a hater review my reply: Yes I will waste my time watching this awesome action flick! Yes I have seen the Original Film Mad Max with Mel Gibson so many times than you ever did! I love this film much more than Mad Max because sometimes the original is very boring and the film has so much Drama in it and less Action than it is in Fury Road. I wanted to have an apocalyptic action film like are Fury Road and The Road Warrior which this film fix it. Finally yes Finally I have seen a good Action Film from 2015 and It is finally the finest blockbuster of 2015!

Mad Max: Fury Road is a 2015 post-apocalyptic action film directed and produced by George Miller, and written by Miller, Brendan McCarthy and Nico Lathouris. The fourth installment in the Mad Max franchise, it is an Australian and American venture produced by Kennedy Miller Mitchell, RatPac-Dune Entertainment and Village Roadshow Pictures. The film is set in a future desert wasteland where gasoline and water are scarce commodities.

10/10 Awesome film I have seen it twice. I love this film to death I love it! Fury Road would be the second favorite best film in the franchise.