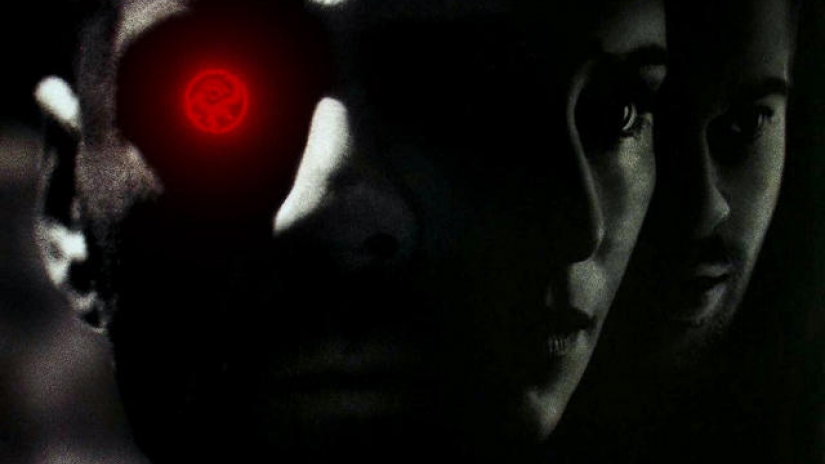 Terry Gilliam followed up 1991‘s The Fisher King with the even more successful sci-fi, Twelve Monkeys. Andrew takes a look back at a 90s classic…

After 1991’s The Fisher King proved to be a relatively easy production and comfortably made its budget back, Terry Gilliam decided to work from somebody else’s script again for his next movie, having abandoned an adaptation of A Tale Of Two Cities. The initial inspiration for Twelve Monkeyscame from 1962’s La Jetée, which resulted in a pitch to Universal Studios by Robert Kosberg (a producer on Commando and Deep Blue Sea) after gaining permission from the La Jetée‘s director Chris Marker.

Gilliam came on board at the request of producer Charles Roven, agreeing to do the film because of the script and the fact that he saw the film as being conceptually similar to Brazil. For Twelve Monkeys, though, Universal was willing to give him a say in the final cut.

The story was adapted by Janet and David Peoples (of Blade Runner fame), and given a $29.5 million budget that Gilliam was determined not to go over. Despite the film starring Bruce Willis, Madeleine Stowe and Brad Pitt, this wasn’t a problem. Stowe and Willis took a pay cut to work with Gilliam, and Pitt’s star began ascending after he had finished filming on Twelve Monkeys. In the interim, however he appeared in Interview With A Vampire, Legends Of The Fall, and Se7en (or Seven, if you like winding up the pedantic and are willing to enter into a discourse about a hypothetical absence of foundationalism in the field of languages).Guest Star: J. Cole, the prince who wants to be the king.

Twelve Monkeys begins in a future ravaged by disease, the remnants of humanity living in Fritz Lang/Heath Robinson inspired sub-cities. Bruce Willis’ criminal, James Cole, is offered a reprieve if he travels back in time to find out information about the plague that drove life from the surface of the planet, to find out about the Army of the Twelve Monkeys who released it in 1996 – then a year in the future – and if possible attain a sample.

It is in these future-based segments that the film bears many of the visual tics of a Terry Gilliam film. A collection of impassive scientists (including Simon ‘Arthur Dent’ Jones) send Cole back in time using a machine the size of a building. Time travel in Twelve Monkeys is a lengthy, laborious, painful and degrading process. It also goes wrong and sends Cole to the wrong year several times, including a trip to 1990 where he is incarcerated in an asylum under the diagnosis of Madeleine Stowe’s Dr Kathryn Railly.

Here he meets Jeffrey Goines (Brad Pitt). Further trips to the past confirm that Goines is the leader of the Twelve Monkeys, but also that Cole’s journey to 1990 and asking Goines about the concept is what gave him the idea in the first place. Much of what the scientists of the future know about the past is caused by Cole’s investigating the clues that he unwittingly sets up by using his knowledge of the past from the future. It’s that simple. It implies determinism. That’s always fun.

This film contains a fair amount of paradox based time-travel, but spends a lot of its middle act implying that maybe Coles is mentally damaged after all, then takes another turn and suggests that the delusion may belong to Doctor Railly. It leaves these possibilities open-ended, never coming down on one theory conclusively, although it certainly strongly suggests the Ouroboros explanation is the correct one.

The film’s ending is also its beginning, a circular chain of events set in motion. Even the surprise, (relatively) optimistic coda leaves it open ended as to whether the cycle is broken. Unsurprisingly, Gilliam considered leaving this out, and ending on a bleaker note (and even that was only kept in because it had – altogether now – an interesting visual texture).

Bruce Willis channels the wounded, confused side of John McClane present on occasion in the first Die Hard movie, downplaying his charisma and giving a nervous, fidgety performance that lurches into bursts of brutal violence. Pitt, who researched the role at a university psychiatric ward, excels in small bursts as a bored rich-kid with no filters between his brain and his mouth.

Stowe holds the entire movie together with an initially grounded performance that gives the audience a way in to the weirdness. When things start making sense for Dr Railly, things fall into place for the audience too. While she may be the least starry of the three leads, without her, the whole thing would fall apart.

The sequences set in the 90s show a different visual sensibility to Gilliam’s more ostentatious fish-eye lens leer, deployed to stunning effect in more obvious fantasy settings, where the city street shots shy away from sightseeing. The contemporary shots allow the everyday bustle of dusty pavements to seep into the frame, which makes the impending end of everything seem that much more immediate.

The cause could be in the same street as you, in the abandoned theatre, or sitting next to you on public transport. This approach is echoed in David Yates’ Harry Potter films, portraying the everyday in a non-glamorous way in order to provide contrast when something from a different world appears (the Dementor attack in the underpass, for example).

It’s fair to say that Twelve Monkeys doesn’t go out of its way to tell you what’s going on at times, and plays with a range of explanations none of which involve traditionally happy endings. Despite this list of seemingly insurmountable obstacles to mainstream success, the film’s worldwide box office was nearly $170 million, and over $50 million in the US. Gilliam came in on budget. Twelve Monkeys is Gilliam’s most profitable film yet in terms of gross profit.

That Twelve Monkeys is a film that intrigues is perhaps one reason for its success. It lends itself to internal and external debate, and teases the viewer with twists, turns, and several possible answers to what is really going on. Also, when a well-made and visually impressive film has separate fan bases because of its director, writer and actors, then turns out to be gripping in its own right, word of mouth will have an effect.

Twelve Monkeys is proof that big names can sell difficult concepts to mass audiences. There is definite overlap between it and Inception on some levels. Its success and popularity are signs that lots of people will watch complex sci-fi films, but possibly only when A-list actors star in them.